My matzoh balls were such a hit at Passover, I thought I would try my hand at Gefilte Fish. Gefilte fish is specifically a Quenelle made from fish. In reality, I’m thinking it’s more like a poached fish meatloaf. They’re actually not as horrid as the uninitiated would think. Some people really like them. Some people just use them as a way to eat lots of Beet Horseradish sauce!

Basically, we need to make a forcemeat of fish and a fish fumet in which to poach it. Luckily, the main ingredients come in the same package. Fish. 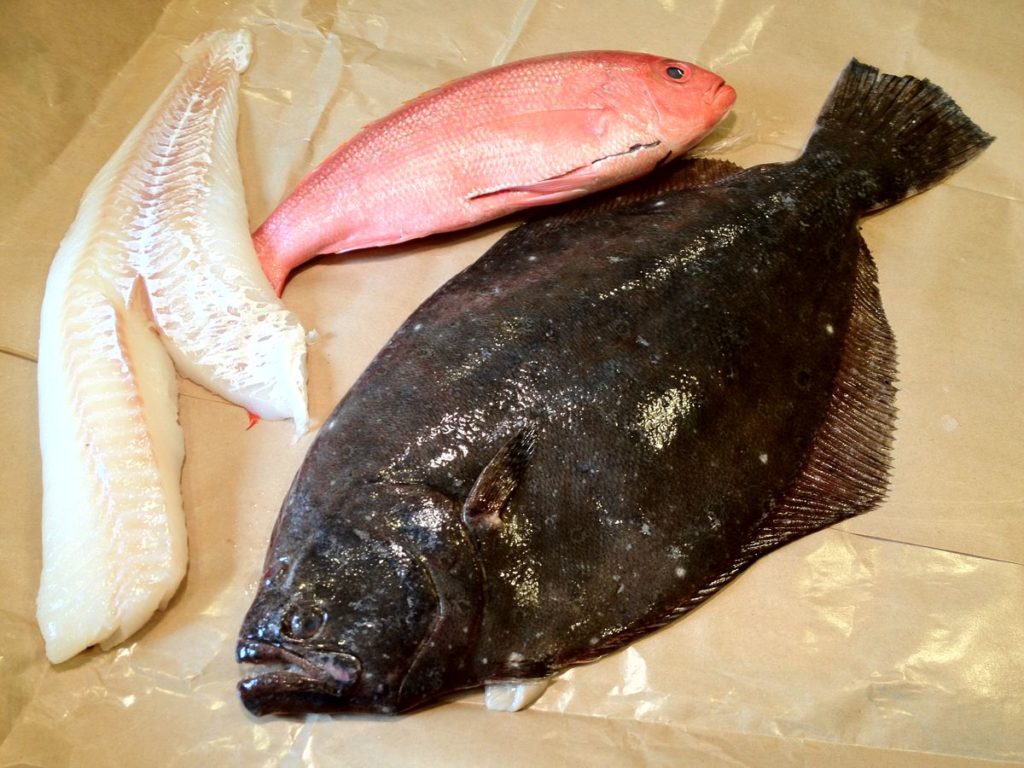 I bought a whole red snapper and a whole fluke. Sure, not traditional candidates for gefilting, but I happen to like snapper and fluke. The meat will get filleted off and the rest will go into the stock pot. I also bought an extra fillet of cod to get the forcemeat weight up, but I didn’t want to shell out any more cash for whole fishes.

The bones, heads, fins, and tail are good for stock making. The entrails and the skin can be discarded. Cover the bones with a couple of inches of COLD water and bring up to a LOW simmer on the stove. Skin off the grey foam that appears on the top as this is fish protein and is very bitter. Once the stock stops foaming, add two onions cut up and a pound of carrots cut up. I take off the onion skins, because they will darken the stock considerably. 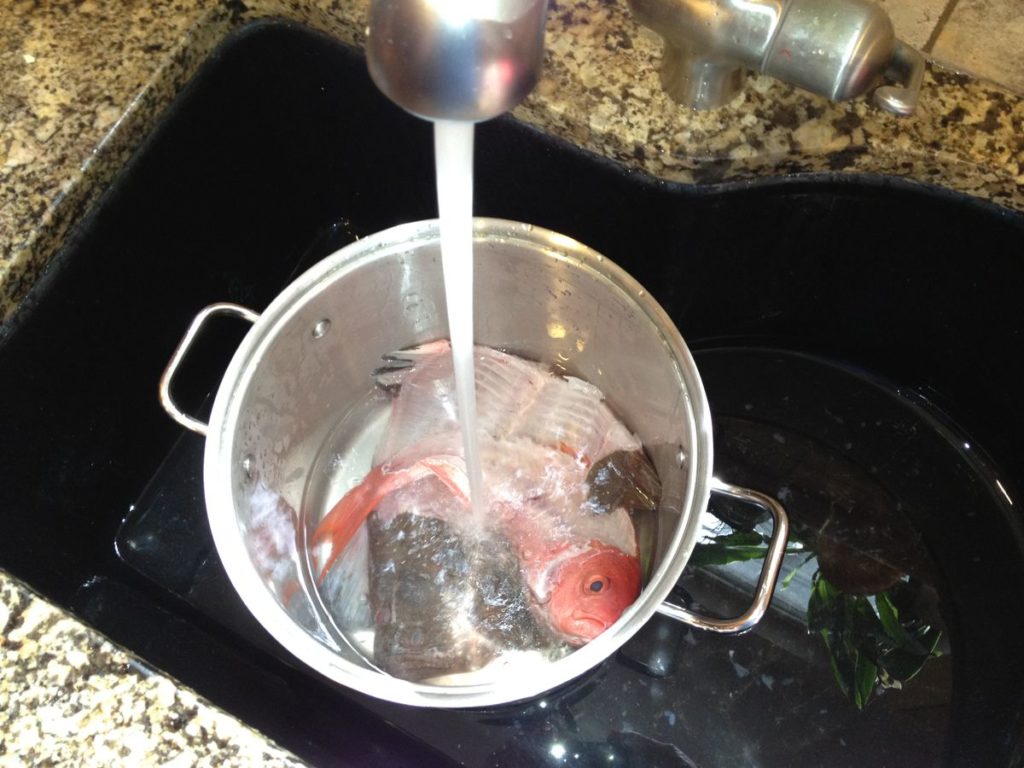 As for the meat, it goes through the grinder (or a Cuisinart) until fine. I passed it through twice. I found a couple of bones behind the grinder plate, so I hope that was all I missed and the meat is bone-free.

Cuisinart a peeled onion to fine and add it to the fish paste. I also added some salt, 4 eggs, and about 3/4 cup of Matzoh meal. I started with 3.5 pound of fishmeat, so adjust accordingly. 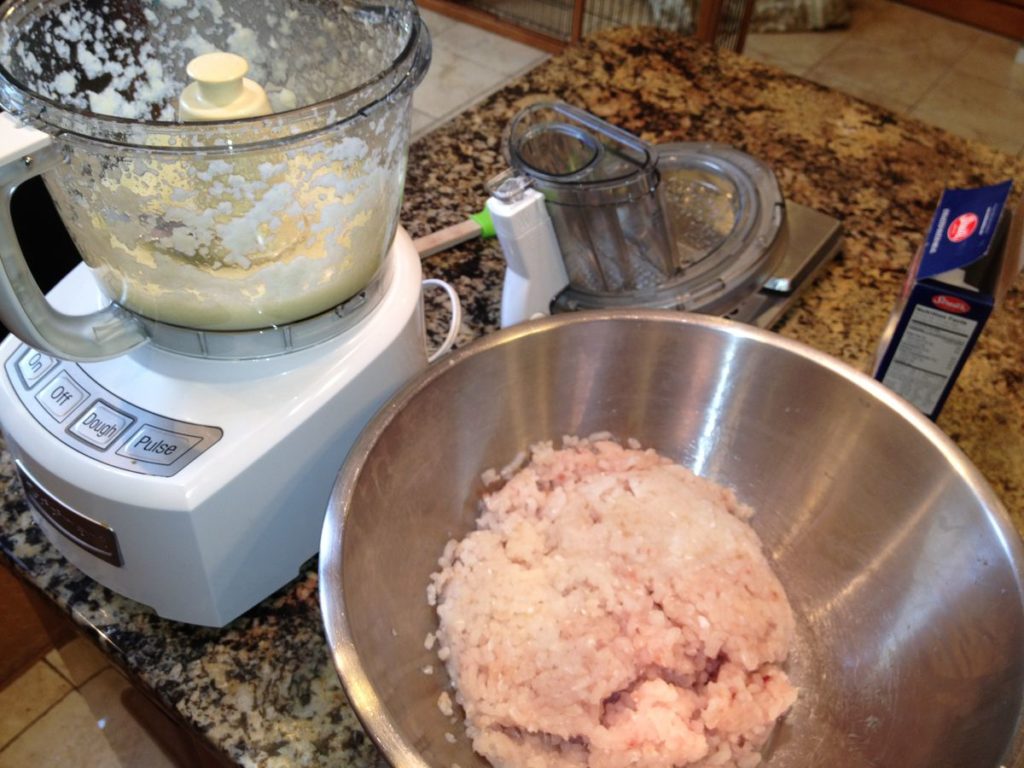 After about 90 minutes, turn off the stock and strain through the finest colandar you have. I use a chinoise, but it set me back $65 at Williams-Sonoma… 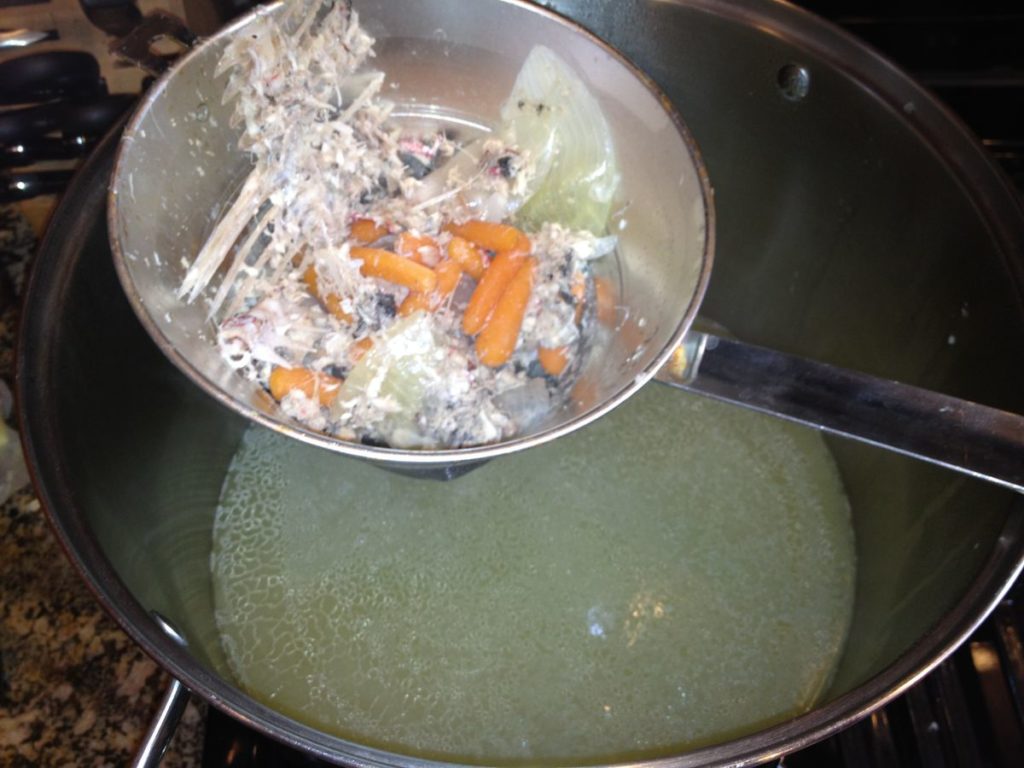 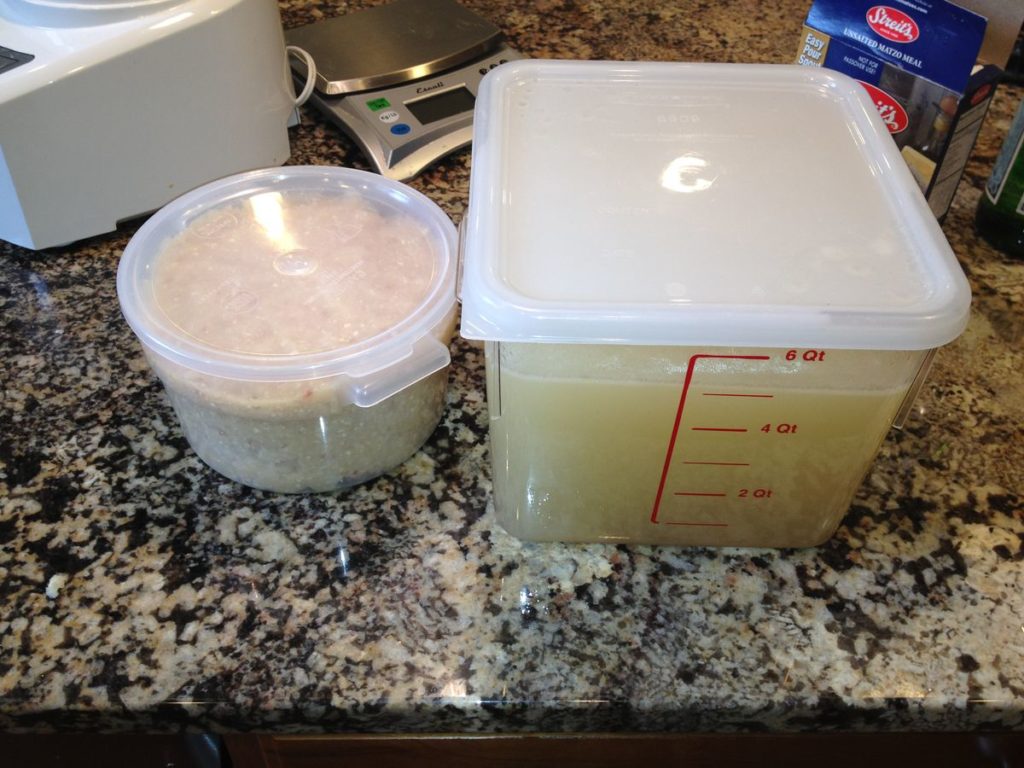 Here’s the rest of the steps:

Return the fumet to the stock pot. Bring to a simmer.

Shape the forcemeat into quenelles and rest on a tea towel. These will expand 40-50% during cooking, so plan accordingly! (Mine came out sort of large!) 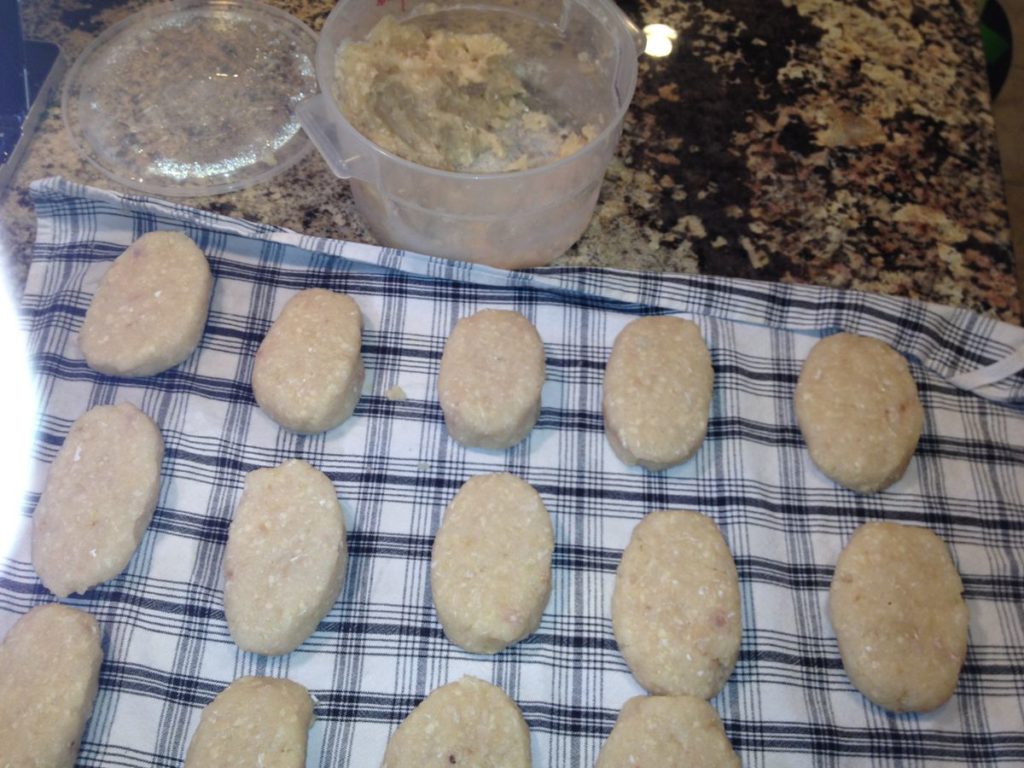 Gently slip the fishcakes into the simmering fumet. Cover and let cook for about 20 minutes. Make sure they keep moving so the ones on top get cooked too! 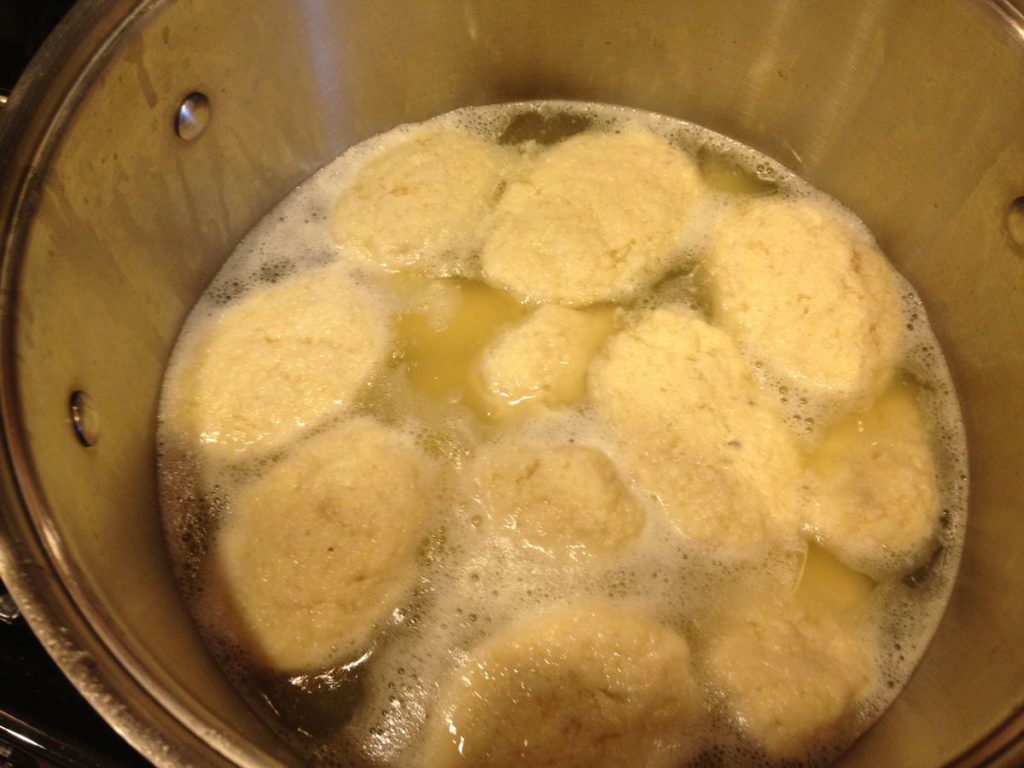 Using a spider or slotted spoon, remove to a sheet pan to cool for about 10 minutes.

Line a container with the leftovers and top with broth. Store in the fridge until you’re sick of eating them!  The cooking liquid has natural gelatin in it from the fish bones.  If yours didn’t set up while it was in the fridge, ether cook it down to concentrate the gelatin or just stir some powdered gelatin into the COLD stock. 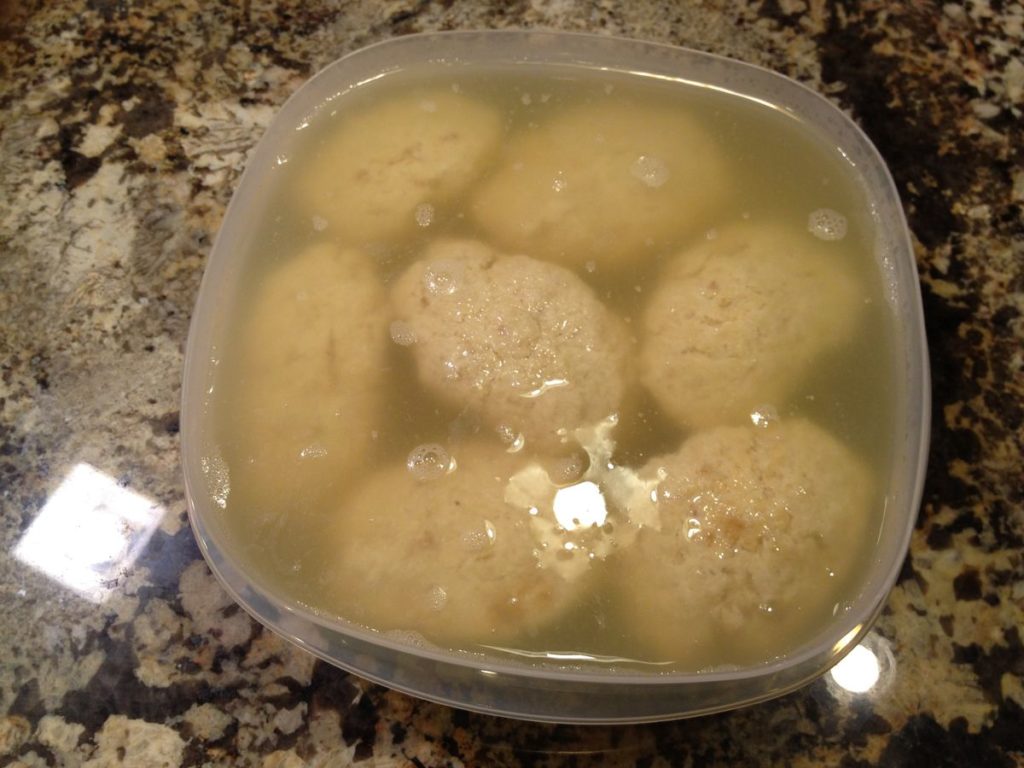