Charoset is one of the symbolic foods that Jews eat during their Passover seder every year. It represents the mortar that the Israelites used to make bricks while they were slaves in Egypt.  Here’s an easy recipe to make charoset.

We actually made quite a bit of “clay” as the kids eat more than just a taste on their seder plate. Here’s the expandable recipe: 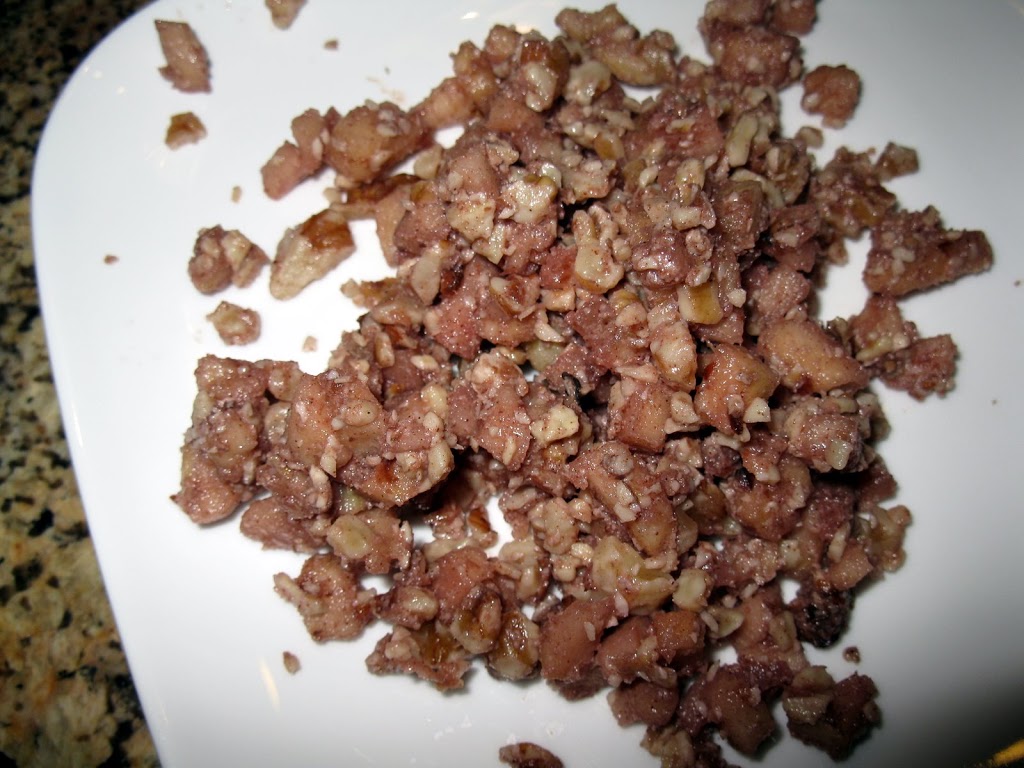 This is just a little.  Nina gave me two dozen apples to knife through.  At least the peeler was fun to play with!

Stir to combine all ingredients.  Nina insists the the wine be added slowly and to the bowl as each apple is incorporated–“It keeps the apples from browning and lets you control how wet the mixture is getting!”