Celeriac (Apium graveolens var. rapaceum), also called turnip-rooted celery, celery root, or knob celery, is a variety of celery cultivated for its edible roots, hypocotyl, and shoots.  Wait!  It’s a hypocotyl?  Yeah, that’s why it’s so nutritious.  Remember those little bean seeds you grew on the paper towels in 4th grade?  … and those first little “leaves” to emerge, the teacher called cotyledon /kɒtɪˈliːdən/ or “seed leaf”.  They store the nutrition that the little plants need to grow to adulthood.  This hypocotyl is the same thing, only it stays underground and helps the plant to grow.  That is until we harvest it and ferment it! 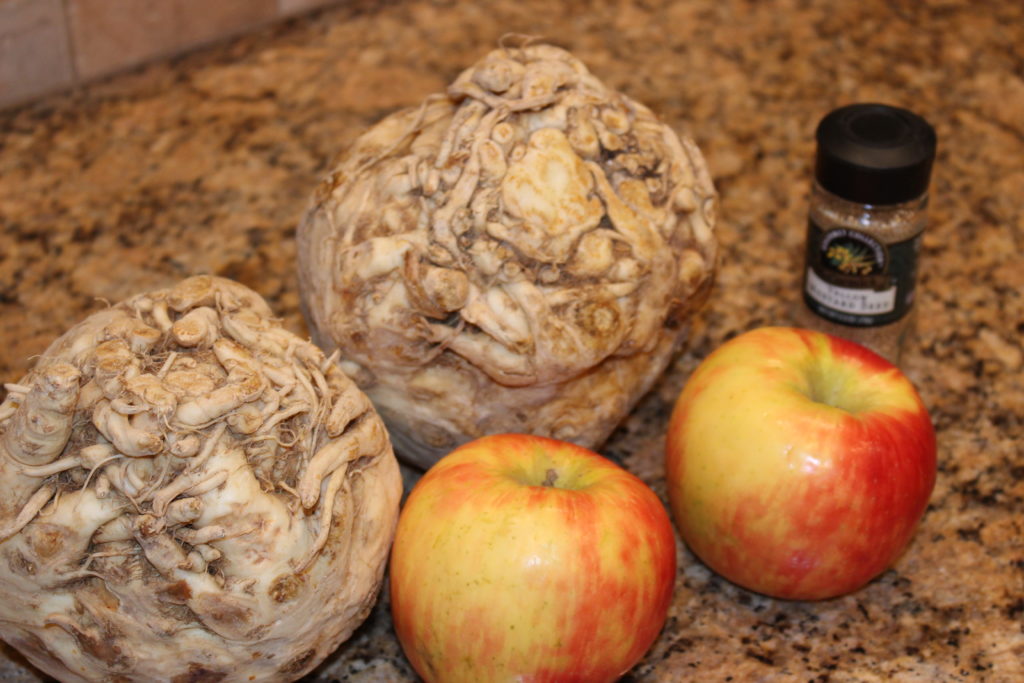 Celeriac, apples, and a little mustard

I found these mothers at the Asian market.  They’re about 2 pounds each!  Because of the intricate matrix of roots on the bottom, I had to cut a good bit off.  The rest of the tough skin was no match for my heavy duty Victorinox Peeler.  It made short work of cleaning up the rest of these veg.

Peeling, peel, peel. Getting there!

Once I removed all of the tough skin, I cut them into 2″ pieces to fit into my Cuisinart Food Processor.  The slaw blade made worked beautifully for slicing the celeriac into a nice slaw ready for munching.

Using the proper tools means the world in the kitchen.

I peeled and cored the apples.  I wanted a little bit sturdier apple pieces, so I just julienned them by hand.  I could have sent them through the food processor, but I was afraid of getting them too small. 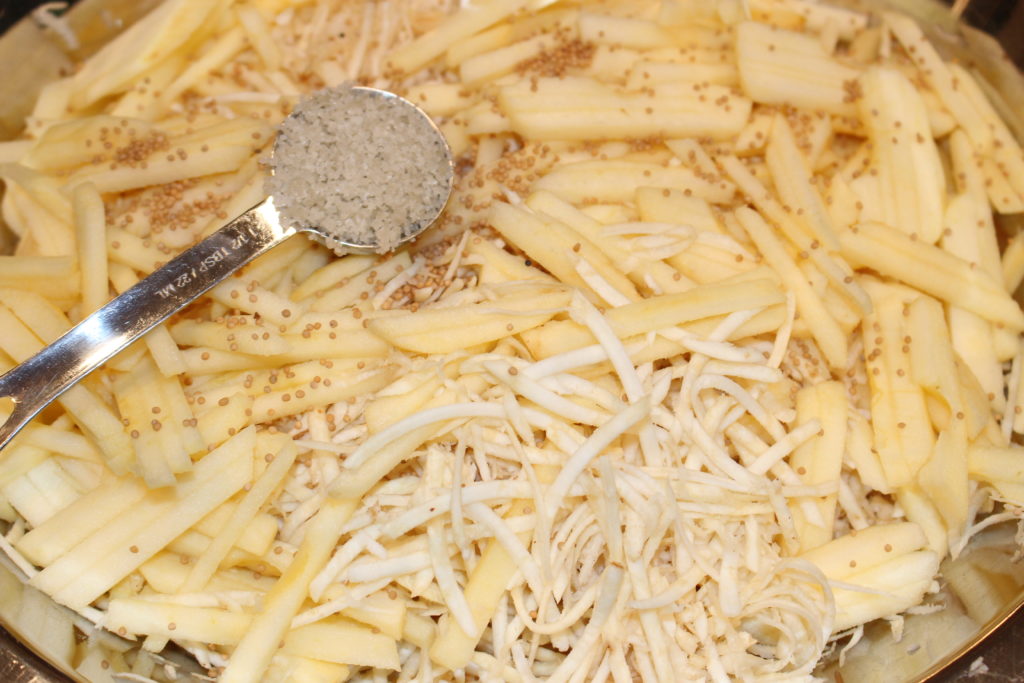 I added a little salt for flavor and to make an environment conducive to the growth of lactic acid bacteria.  This sounds daunting, but it’s actually quite easy.  You just need a little filtered water and some salt.  I like to use 2-3% salt in my brine, so I weighed the “salad” and got about 1400g.  2% of that is 28g so I used two tablespoons of sea salt.  I like Salina Naturally, which provides my ferments and my body lots of trace minerals.  Of course, you can use standard table salt, but I think it’s too highly processed and the iodine that’s added to it doesn’t support fermentation.

Measure out your salt and stir it into your “salad”.  I also added a little yellow mustard seed.  I just tossed in a handful, maybe about a tablespoon.  Experiment and see what tastes good to you! 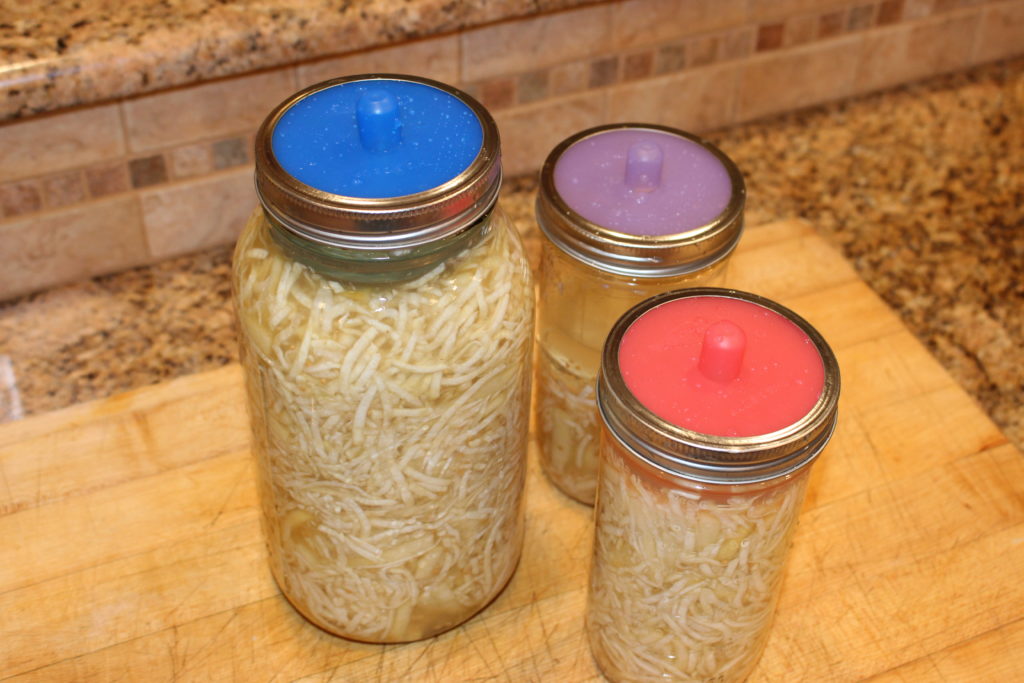 Ready for the fermentation closet

Once I had my veggies ready, I packed everything into jars.   It’s best to use just the right size of jars.  You don’t want any more than an inch of airspace above the water in the jars.  That air will promote mold growth, which we’re trying to avoid here.  So, pack your jars tight.  Leave about two inches on top.  Drop in a Pickle Pebble to keep the celeriac down and then fill up the jars with water.  I like to use a Masontops Pickle Pipe, which is a one-piece silicone waterless fermentation airlock lid for wide-mouth Mason jars.  They have a little vent in the top center nipple that lets carbon dioxide out without having to “burp” the jars every day.

Now, I’ll let these sit in a cabinet for a week (or anyplace that’s a little warm and dark) before I taste them.  I’m shooting for a great celery taste accented with a sourness that’s only made by the LAB (lactic acid bacteria) and their little fermentative enzymes.  If it tastes too salty and not sour, I’ll let it go for another week.  As the sourness increases, the saltiness generally decreases.  Keep tasting and when you like it, stick it in the fridge to maintain that level of fermentation.  The cold temps will slow down progress and allow you to enjoy your fermented celeriac slaw at your own pace.