Home VINEGAR How to Get a Vinegar Mother

How to Get a Vinegar Mother

Ok. I REALLY want to make some vinegar.  It’s been a couple weeks and I don’t have a big-slimy-mother-thing floating on the top of ANY of my vinegar jars.  I want to brew vinegar and I can’t find a vinegar mother.  I’ve been mixing Bragg’s Natural Apple Cider (with the mother) with beers and wines and leaving them in open crocks in a dark place and I don’t think anything good is happening.  I’ve had a suggestion from a reader to try to make a mother the way she does. 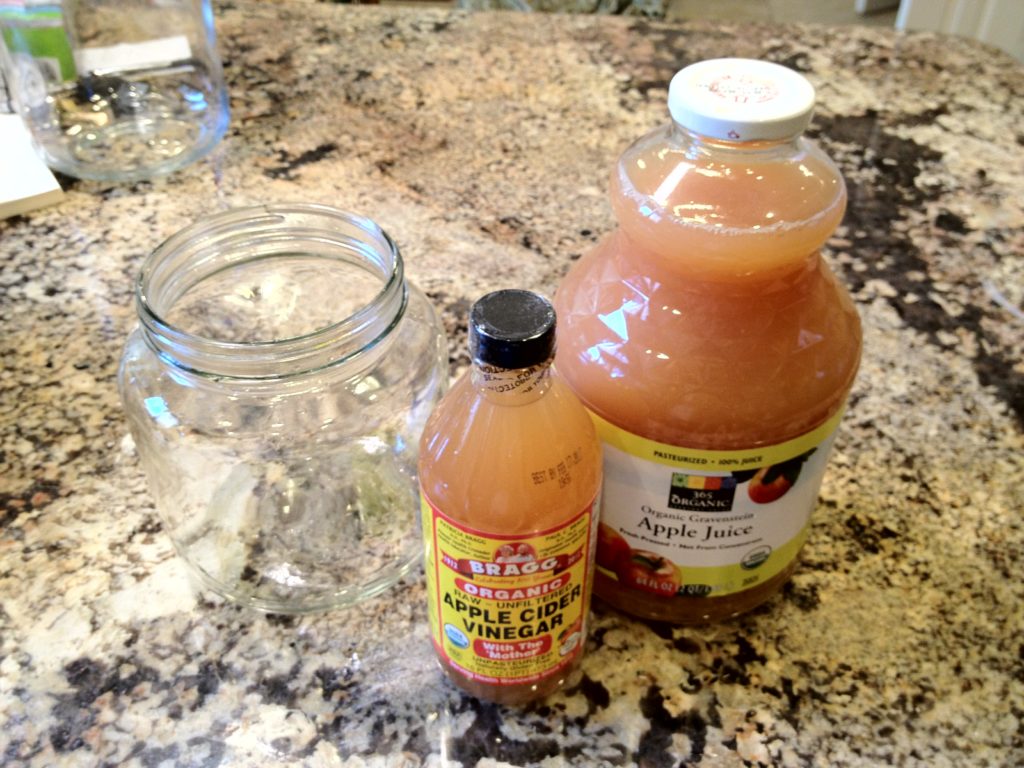 In a small jar, combine equal parts organic cider and Bragg’s.  Leave open for a couple of weeks in a dark place.  Eventually, a mother will form.

This is counter-intuitive to me.  I thought that the acetobacters (Acetobacter aceti) were looking for wine to drink.   Evidently, when you’re trying to establish a mother, you need to start with cider and a Bragg’s (weak) mother.  As the cider starts to ferment with the natural yeasts in the air, the acetobacters wake up and start to colonize, feeding on the alcohol as it’s created in the cider, and develop a real workhorse of a vinegar mother.  THEN I can use THAT mother in my wine crocks.  I’ve probably killed the acetobacters / mother in the Bragg’s by just dumping it into straight wine and I just need to start a little slower.

Hopefully, THIS will work. 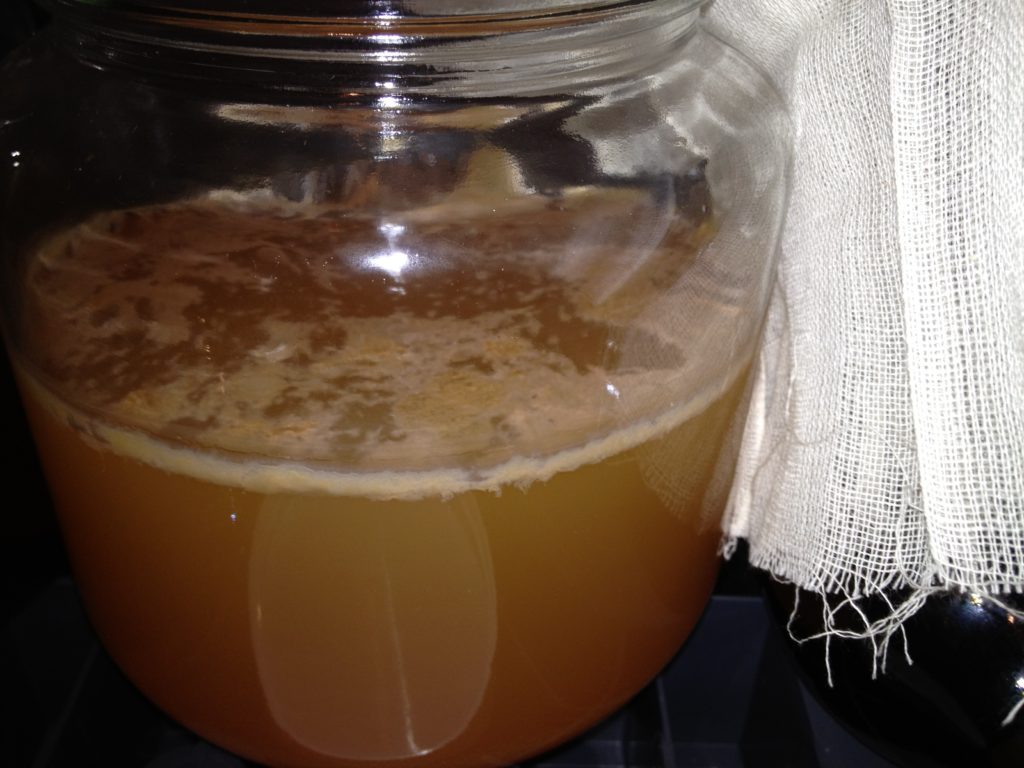 It smells about the same as it did 3 weeks ago, so I don’t think anything bad is growing.  It’s in a dark closet with decent ventilation and loosely covered with the pictured cheese cloth. We keep waiting.  I really need a vinegar mother!